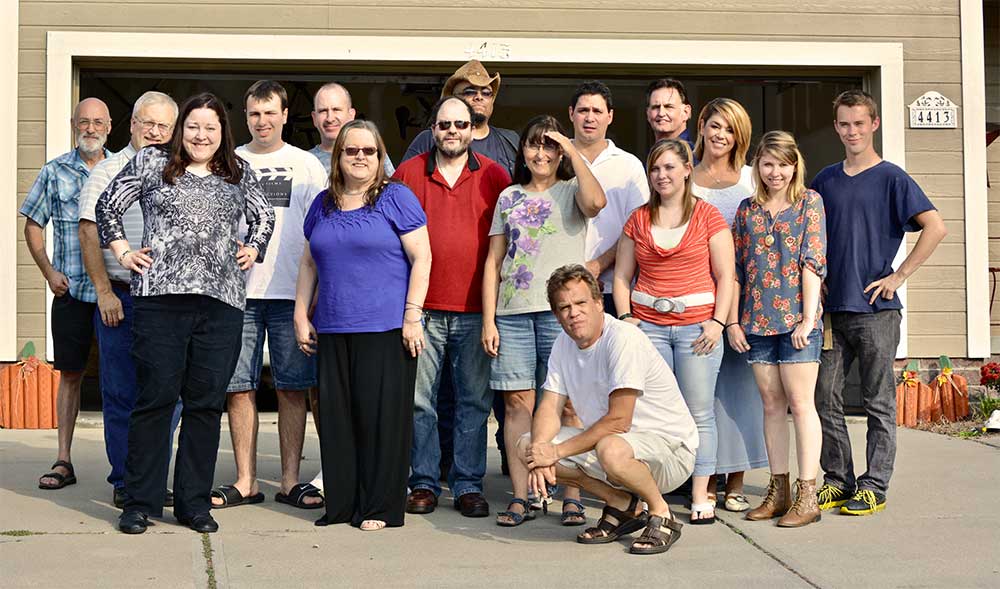 The Meek Shall Inherit the Earth – Patiently Waiting

A lot of people ask about the production of App. and when the film will be finished. As I wonder about this too, I think about this fact: if the movie was released when I wanted it to be released, then it wouldn’t look like it does today. Tammy Burke, the second music composer came onboard is just one example. So we’re patiently waiting.

The second example is in the photo below. We filmed for five days with everyone you see in that picture. It turns out that it was five days everyone will remember for the rest of their lives.